Published on September 21, 2016 under Photo Gallery

Snakes are worshiped in the Indian culture. Nagpanchami is one of the festivals that show the importance of animals like snakes in the lives of human beings. Snakes play an important role in the bio-diversity as well as food-chain of nature by keeping control over rat population. By doing this, it ultimately help the farmers in saving their food-grains getting destroyed by the rats. But on the other hand most of the time snakes are misunderstood and get killed by the humans. Srushtidnyan in association with A.S.P. College, Devrukh and Janata Vidyalay, Angvali had Snake Awareness programme at the famous Marleshwar Temple at the foot hills of Sahyadri Mountains. The Visitors were given scientific information on venomous and non-venomous snakes by the youth of A.S.P. College and students of Janata Vidyalay. Their efforts were well–supported by the Temple trust of Shree Marleshwar Temple. 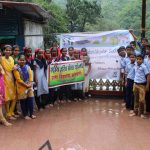 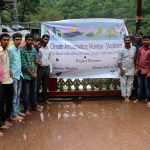 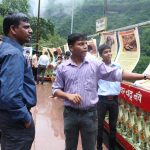 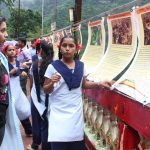 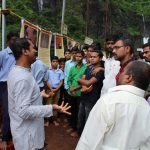 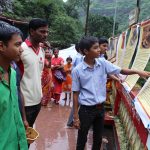 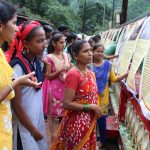 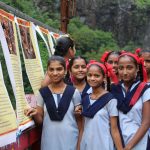