Published on September 22, 2016 under Uncategorized

On the occasion of Ganesh festival, A group of student Climate Ambassadors from Amchi Shala School from Chembur performed a street drama on importance of indigenous medicinal plants.  The students through this drama tried to spread awareness about conserving the indigenous medicinal plants as an answer to the climate change. Their performances were hosted by two Ganeshotsav Mandal from Tilak Nagar, Chembur. As known for the acute level of pollution which leads to increase in respiratory diseases in this area, this promotion of using indigenous medicinal plants for the common respiratory problems was well appreciated by the audience.  A specific plants like Vasa, Aloe vera, Holy Basil which helps in curing common cough and cold without any side effects. The efforts and enthusiasm of these Climate Ambassadors was truly appreciable. 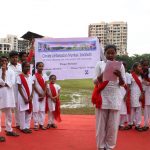 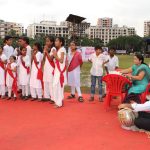 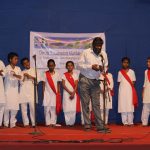 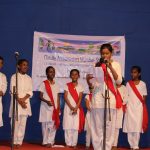 Posted On April 1, 2017 ~ 0 Comments
Project Climate Ambassadors Mumbai-Stockholm started in January 2014. This is the third year and project has concluded in December 2016. Ms. Karin Wahlgren & Mr.…